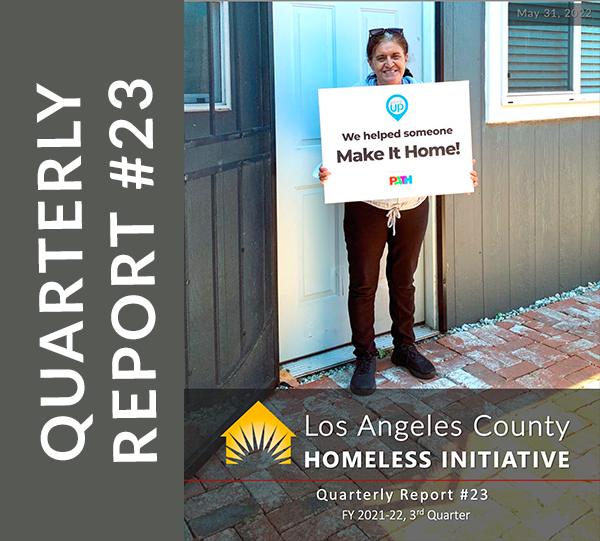 The Homeless Initiative released its 23rd Quarterly Report, which found that Los Angeles County has placed 81,027 people in permanent housing and 109,183 people in interim housing since Measure H, became available to spend, or from July 2017 through March 31, 2022. 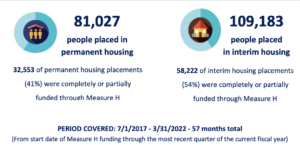 The report also provided details about significant developments underway at the Homeless Initiative, including its new approach to addressing and preventing homelessness, its $532.6-million spending plan for FY 2022-23, and the recommendations of the Blue Ribbon Commission on Homelessness.

The success stories of people who have been placed in permanent housing is another special feature of the report, along with data that tracks the ongoing work of County departments, agencies, and community-based organizations to implement Homeless Initiative strategies for homeless prevention, outreach, interim housing, permanent housing, affordable housing, and supportive services.

The report also showcases progress in the work of cities and Councils of Governments receiving funding from the Homeless Initiative, as well as funding from State’s Homekey Program, which will result in the creation of 12 new interim and permanent housing projects, with additional projects still under consideration.

LAHSA Update on the State of Homelessness