In Venice, where money meets misery, hoping for an end to homeless camps – LAT 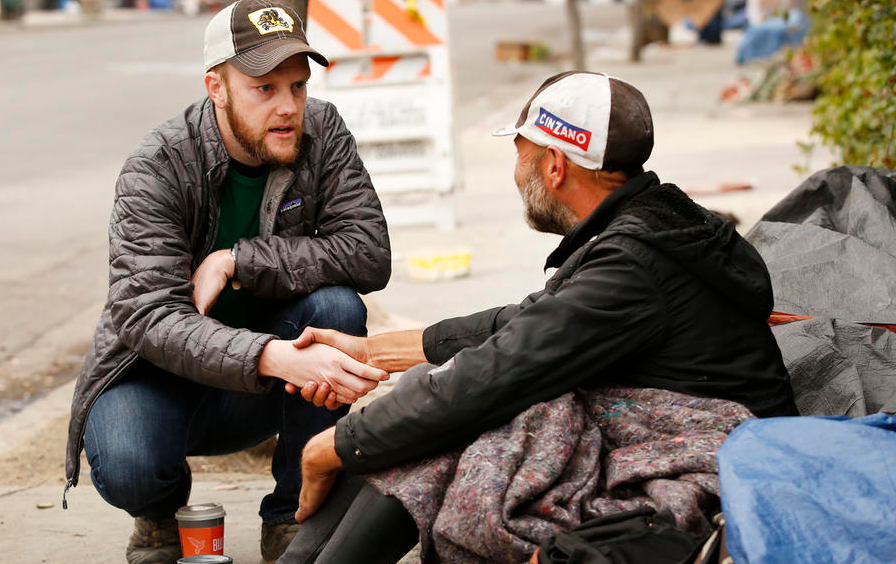 In Venice, where money meets misery, hoping for an end to homeless camps – LAT

A man wrapped in a blanket followed me down an alley in Venice Tuesday at 4:30 a.m. I said good morning; he didn’t respond.

I was on my way to the home of Nikoletta Skarlatos to talk to her about living in the center of a homeless encampment. She had asked me to arrive pre-dawn, because she had an early call to her job as a Hollywood makeup artist.

The stranger hovered next to me as I waited for Skarlatos to let me in the back door. He began talking to himself, then disappeared when she emerged.

Skarlatos stepped outside and did a quick check of her property, looking for human feces. With few public toilets, and a few hundred homeless people in the area, residents have to watch their step when they leave their homes.

You wouldn’t let a little thing like not having a corkscrew stop you from enjoying that bottle of wine you just bought, right? Watch these videos to see what lengths people will go to to open a bottle of wine in a pinch.

Venice is where gentrification meets alienation, where money and misery live next door. High-end restaurants line Rose Avenue and Google manufactures money in a fenced-off compound with patios, barbecues and manicured grounds, even as people sleep in tents and pee into buckets while residents beg police and city officials for help.

By 5 a.m., several neighbors joined the conversation, trading sleep for a chance to air their grievances. Many of them are on an email loop that offers daily updates and photos of trash dumped on sidewalks and streets.

“You can’t even walk down the sidewalk,” said Derrick Eisele, referring to the collection of tents and personal belongings that line the pavement on Rose between 3rd and 4th avenues.

“I have an alley, and alleys are a problem,” said Bud Gilson. “I’ve seen people camping in there almost every week and I’ve gotta flush them out, and the only way to get police is to say, ‘I think I’ve seen somebody with a knife.’ Last month I was backing into the garage and some guy is threatening me — ‘I’ll slice your throat.’ I have a golf bag. I could easily go grab a three iron, but I’ll be in court the next five years.”

This is not a new story, but there’s a new chance to do something about it.

No self-respecting, civilized metropolis should have 50,000 homeless people, many of them physically and mentally ill. And residents and merchants shouldn’t have to step over urine puddles and poop piles as part of the daily routine.

Los Angeles voters seem to agree, because last year city residents approved a $1.2-billion bond for housing and county residents approved Measure H, a quarter-cent sales tax increase that will raise about $355 million a year for homeless services. A 50-member panel meets Wednesday for the last time to finalize a recommendation on spending priorities, and county supervisors are scheduled to come up with a plan in June.

It has to be a smart one, and it has to consider the possibility of housing and healthcare funding losses from Washington. Not that anyone’s asking, but I’ve got two cents’ worth of recommendations.

City and county officials need to maintain services funding that existed before voters went to the polls. If they cut back on those budgets and fill the hole with voter-approved funds, as they appear to be considering, they’ll never get on top of the problem and they’ll deserve the screams they hear from cynical voters. Nobody wants more explanations and excuses. They want results.

No two homeless, addicted or mentally ill people have precisely the same issues or needs, so it’s important to craft a plan that has lots of flexibility built into it. I’ve seen too many people get left behind because they couldn’t fill out a form or check the right boxes, and some of them have ended up dead. As I’ve said before, local officials need to seriously consider a call from homeless advocates to broaden the interpretation of “gravely disabled,” and bring in those who are so sick, they might not survive.

More of everything is needed — prevention, outreach, rehab, emergency psychiatric services, short-term housing, long-term housing, and so forth. But clients can end up back on the street without a big enough investment in case management after they’ve been treated and housed, so that should be a priority.

Taxpayers are going to expect to see some early victories, so another priority should be to target high-concentration areas like Venice.

Some of the residents there told me the homeless population in the vicinity of 3rd and Rose is more of a party crowd — with meth as the drug of choice — than a gathering of suffering souls. They want more enforcement from police and city departments, and they want a public storage company to be a better partner in discouraging encampments along its property line.

All of that could help, but in most homeless populations, police action and code enforcement aren’t the most important or efficient tools, especially when mental health and addiction problems are involved.

Last year, I toured skid row with what’s called a C3 outreach team. It consisted of nurses, mental health specialists, social workers and substance abuse counselors from city, county and community agencies. The goal was to establish relationships and gradually earn the trust of those who need medical or housing help but have resisted in the past for various reasons, often having to do with mental illness. The clients were led to housing options, with new opportunities to reclaim their lives and maybe even get jobs.

I was impressed enough to wonder why there weren’t dozens of these teams operating all over the city.

Now there’s a chance to make it happen, and no excuse not to.

In Venice, after touring the neighborhood with residents Tuesday morning, I went back out with a C3 team that began operating last fall. The lead agency is the St. Joseph Center, and Va Lecia Adams Kellum, the nonprofit’s president, told me nearly 50 people have been brought into temporary or permanent housing by the team.

At 3rd and Sunset, team members wondered if this would be the day their persistence paid off, and a delusional woman living in a tent would listen to their offer of help.

She did. Now the team is trying to line up the best option and bring her in, soon as possible, from the streets of Venice.