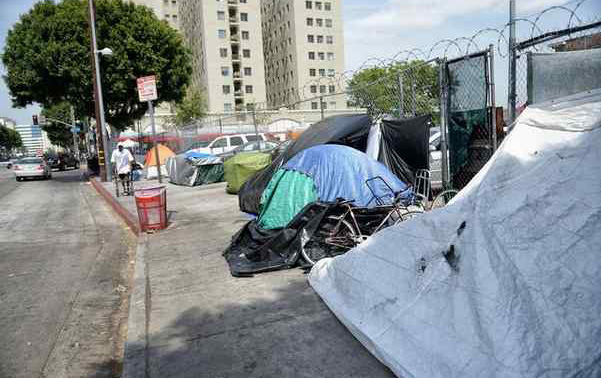 A strategic plan on how to spend an annual $355 million to fight homelessness comes down to a final public meeting Wednesday at the Cathedral of Our Lady of the Angels.

A 50-member planning team made up of faith leaders, homeless service providers, and city and county officials from across Los Angeles already have met four times since voters in March passed Measure H, a quarter-cent sales tax projected to raise $355 million a year for 10 years to help homeless people transition into planned affordable housing, officials said. The funding is expected to help 45,000 families and individuals escape homelessness within five years and prevent homelessness for 30,000 others.

The panel’s goal is to agree on funding amounts for several key strategies as part of Los Angeles County’s Homeless Initiative. Those strategies were approved last year by the Board of Supervisors.

In addition, the panel has been presented with 100 pages of public comments that were submitted up until May 1. But it hasn’t been an easy process, noted Michael Castillo, a senior analyst with Los Angeles County’s chief executive office.

At a seven-hour meeting last week, he said the panel came to a consensus on several strategies and were close to agreeing to the others.

“We’ve come a long way from when we first started, when there wasn’t a lot of agreement,” he acknowledged. “Given the way things are going, we feel that we’re going to get there.”

The spending recommendations are being made for Measure H’s first three years and the panel will present its plan to the Board of Supervisors on June 13.

Supervisor Mark Ridley-Thomas said the public has played a key role in the process.

Given the magnitude of Los Angeles County’s crisis of homelessness, he said, it was imperative that a diverse group of stakeholders consider a variety of ideas during the planning meetings.

“A lot of thought and time has been invested into ensuring that voters’ priorities will be upheld and adequately funded in the first year,” Ridley-Thomas said. “I believe that we will see some positive results that will help showcase L.A. County as a model for the nation.”

Wednesday’s meeting will be held from 1-5 p.m. at the Cathedral of Our Lady of the Angels, at 555 W Temple St., Los Angeles.

Consensus nears on how to spend LA’s homeless funds – KPCC