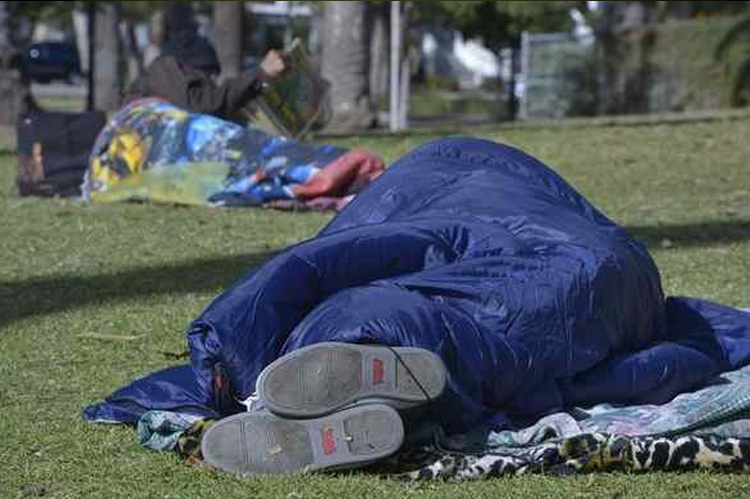 Calling the decision historic and unprecedented, the Los Angeles County Board of Supervisors Tuesday unanimously approved a sweeping plan to reduce homelessness.

Prompted by a 12 percent increase since 2013 across the county in the number of people who were identified as homeless during a count last year, the supervisors made the issue of tackling homelessness a priority, along with the L.A. City Council.

With the vote Tuesday, the supervisors allocated about $100 million in one-time funding toward the plan. The total cost of the plan is about $150 million. The board dedicates about $50 million for homelessness on an ongoing basis. The question of long-term funding for the initiative remains.

Supervisor Sheila Kuehl said the plan is a first step and a promise.

“It’s a promise that we will devote the resources, the time, the energy, the heart, the understanding and, not only that, but a long-term commitment,” Kuehl said.

Phil Ansell, director of the county’s Homelessness Initiative, said the plan will begin to be rolled out Wednesday.

The plan, released last month, was drafted after a number of policy meetings among county departments, cities, service providers, community groups and others and public input.

Of the 47 recommended strategies identified in the plan, 12 are flagged as priorities that would have the greatest impact in the short-term that will be implemented by the end of the June.

The supervisors have asked for a timeline for the 35 other strategies. The board also directed the CEO to make recommendations for ongoing funding to combat homelessness.

Ansell said where the remaining funding will come from is the “big outstanding question.”

Ansell said some of this money could be redirected to provide housing and other services for homeless people through the strategies, but it would not be enough.

Among those priorities are homelessness prevention programs, interim housing for those leaving jail, foster care and the hospital system who otherwise would become homeless and opening shelters 24 hours a day so that service providers can conduct outreach.

County officials are estimating that by the end of June 2017, about 3,500 people will exit homelessness and 2,000 people will be prevented from becoming homeless.

County CEO Sachi Hamai called the plan “ambitious and achievable,” and said, it “represents the most comprehensive, coordinated effort ever undertaken by the county to combat homelessness.”

Each supervisor said this plan represented unprecedented collaboration — with the city, highlighted by the joint statement between the city and county, other cities in the county, community organizations and service providers. Others said there has been unprecedented political will to combat homelessness. Many addressed the criticism levied against the county that despite other plans, the county hasn’t been able to effectively reduce homelessness.

Supervisor Hilda Solis said there were a lot of “doubters.”

“It’s a historic day because so many people believed that this was impossible for us to take on,” Solis said.

Supervisor Mark Ridley-Thomas said if the county failed to act, the problem would compound itself.

“Urgency has to be the mantra of the day,” he said.

About 80 people signed up to address the board before the vote.

Many service providers praised the board’s action for addressing different situations of people who are homeless, like those who were formerly incarcerated and victims of domestic violence.