A stable home for William 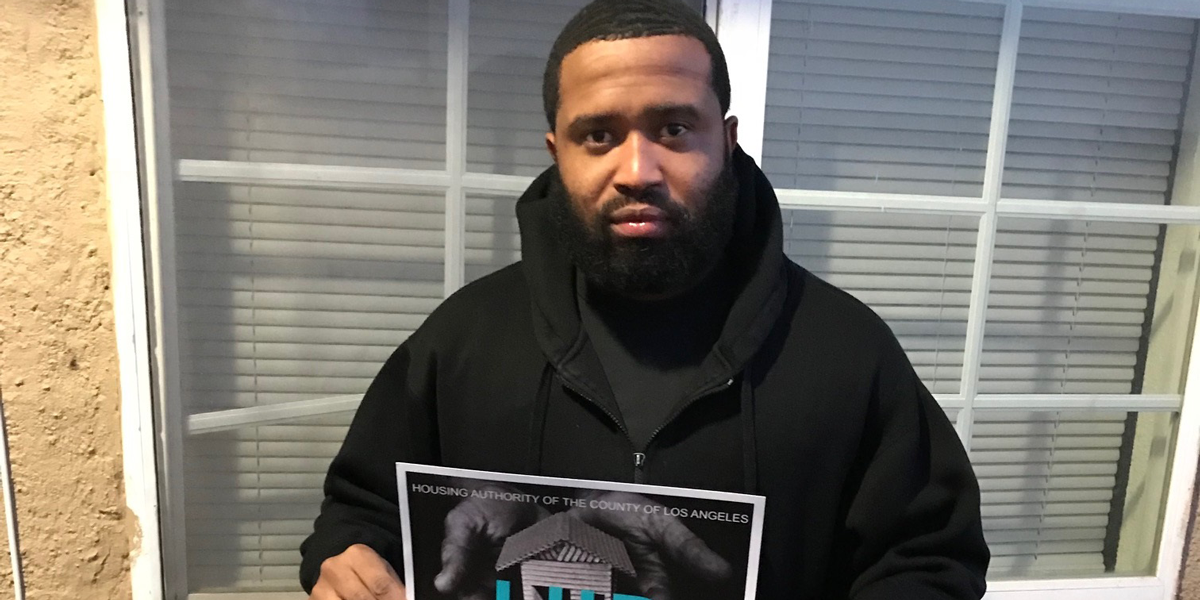 A stable home for William

William Arnold, Jr. II is a 34-year-old who became homeless in 2016 when he lost his job and was unable to pay his rent.  To avoid eviction, William left his home and became homeless.  He “couch surfed” with family and friends in the Los Angeles and Long Beach areas, slept in cars, and ended up in a shelter.  William struggled with homelessness for two years until he secured housing through the Section 8 Housing Choice Voucher Program.

While William received a Housing Choice Voucher in May of 2018, he experienced difficulty locating a unit due to a low number of vacancies, lack of transportation to view units, and multiple denials of rental applications.  The Homeless Incentive Program (HIP) stepped in and helped William with transportation and housing location/navigation services.  In September 2018, William leased an apartment in the Antelope Valley and stated that he is relieved to have been able to secure a stable place to rest his head.

During his time of homelessness, William was so focused on locating a unit, that it prevented him from obtaining employment.  Today, his focus has shifted to not only gaining employment, but also going back to school.  William is looking into programs offered by local colleges, some of which are located within walking distance of his new home.

“I felt that the Homeless Incentive Program was an opportunity that was presented to me and I had to take advantage of it,” he said.